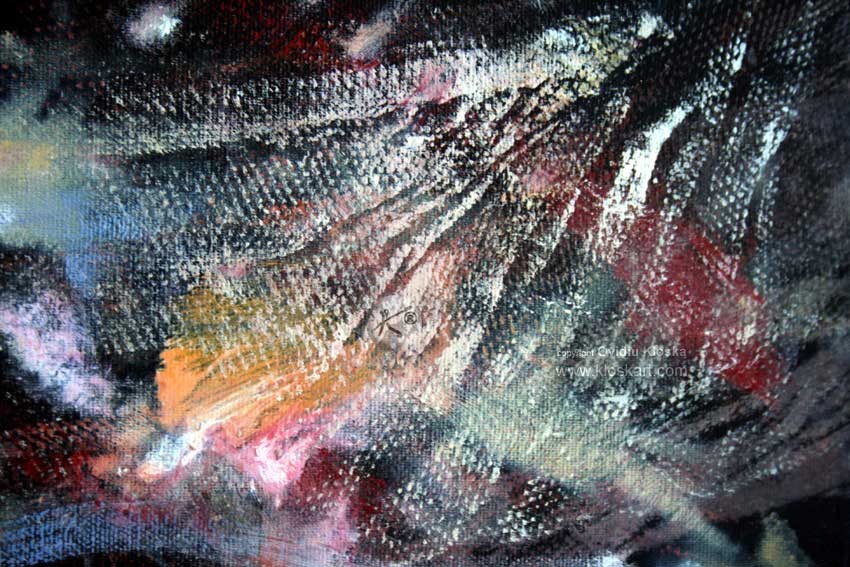 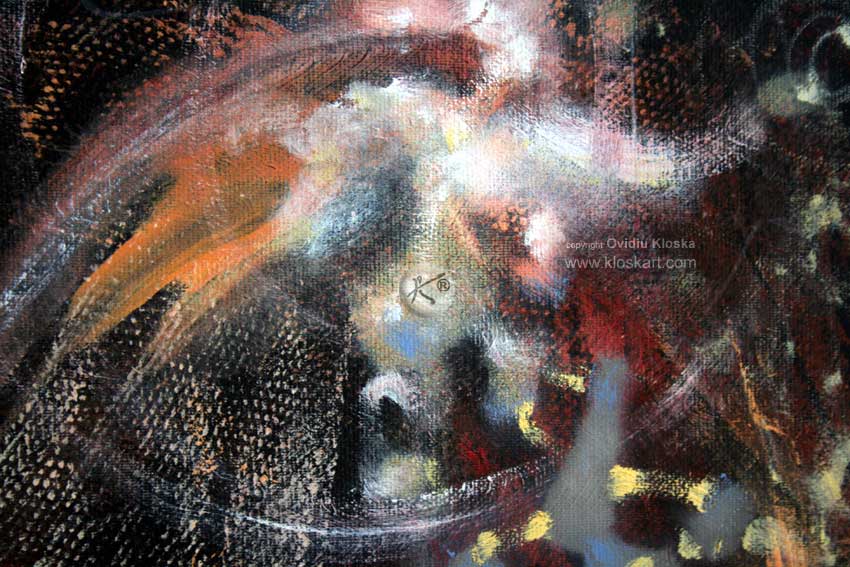 This series of artworks refers to the metaphysical approach to space populated by a pot with flowers, a near seen like a section of a personal temporal eternity, where the vegetative elements are transfigured into the metaphysical, transcendent .Thus, at the limit figuration, the immanents of the light becames oniric reflections and transparents, the flower shape became sphere, within which persist the traces of the pass, of the wear, the cyclicity. The series title, although apparently suggestive, is not refering to the absurdity and anguish prosaic present in Kafka’s universe, but rather its starts from the idea of freezing of the personal physical time, by a simple meditative exercise of pure contemplation of the close realities transformed by the passing of time. For me, as an artist, the still life is a perfect excuse to create a vibrant game between the idea of the volatility and the perennial of the world that we perceive around us, and the essence of the human spirit: the conscience. My “flowers” are subtle expressions of a meta-reality, where the viewer is invited to meditation, to exercise his spirit, to discover that energy, that forsure we all have it inside us, that resonates with the silence of the begining of begining.

This site uses cookies to assist with navigation, analyse your use of our product and assist with our marketing efforts.
Close this dialog to confirm you are happy with that and continue your visit.AGREE AND CLOSE Reject Read More
Privacy & Cookies Policy

This website uses cookies to improve your experience while you navigate through the website. Out of these, the cookies that are categorized as necessary are stored on your browser as they are essential for the working of basic functionalities of the website. We also use third-party cookies that help us analyze and understand how you use this website. These cookies will be stored in your browser only with your consent. You also have the option to opt-out of these cookies. But opting out of some of these cookies may affect your browsing experience.
Necessary Always Enabled

Any cookies that may not be particularly necessary for the website to function and is used specifically to collect user personal data via analytics, ads, other embedded contents are termed as non-necessary cookies. It is mandatory to procure user consent prior to running these cookies on your website.